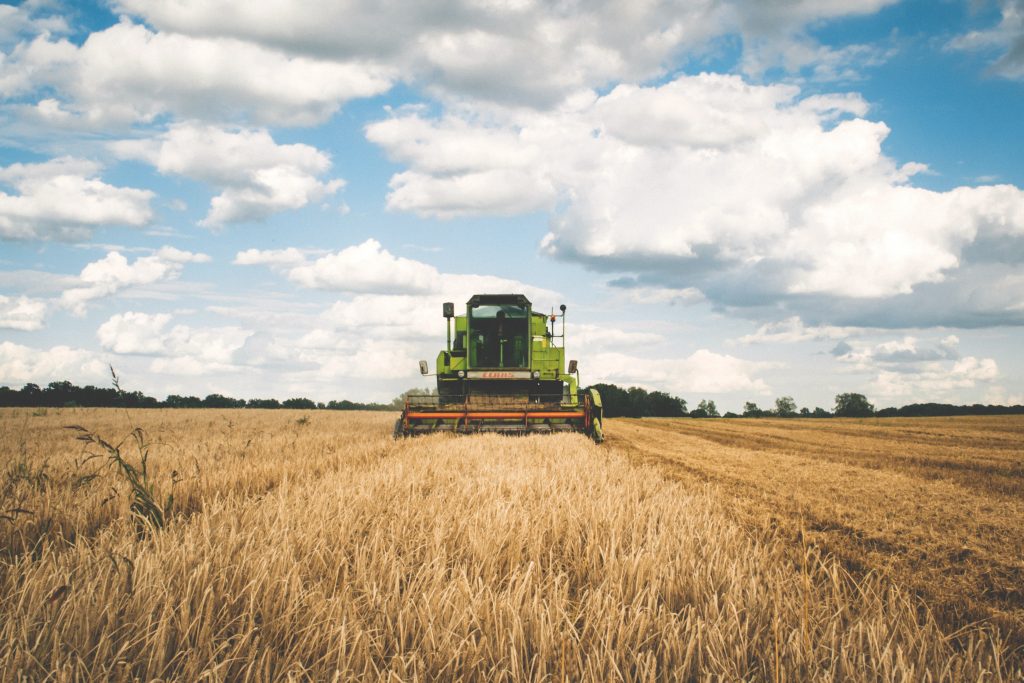 Around one third of all food produced for human consumption currently goes to waste while, simultaneously, over 10% of the world’s population is suffering from hunger and malnutrition. If we could reduce these enormous food wastages, it is estimated we could feed an additional 1 billion people and reduce our global carbon footprint by 4.4 Gt CO2, equating to over 8% of global greenhouse gas emissions. This startling information alone should be enough for us to realise that we must rethink our means and methods of food production, streamlining our processes and reducing the negative impact of our agricultural practices wherever possible.

In a recent conversation with Mr. Sven Gilliams, the Agricultural Application Team Leader at VITO, showcase leader for Food Security & Sustainable Agriculture under e-shape, the role that Earth Observation (EO) technologies can play in helping us push our agricultural practices to the next level, in terms of efficiency and sustainability was highlighted. In discussing the forthcoming trends and technologies that will be most impactful in the domains of agriculture and EO, Mr. Gilliams spoke of the further integration of EO data with in-situ or “Internet of things” (IoT) technologies. For a number of decades, EO data has been used within agriculture to monitor parameters such as vegetation growth, crop condition, crop type, land use, and soil moisture levels, with these applications being quite widely used and understood within the agricultural sector. However, the emergence of “Big Data” integration, which can take traditional EO data and merge it with a multitude of other data sources, from in-situ field measurements to roving IoT data sources, such as autonomous robots, is fast becoming the new technological horizon in farming. Satellite data is becoming one of many data sources, which machine learning algorithms can take as one of their numerous inputs to perform highly complex computations that ultimately drive “real world” actions back on earth. Autonomous in-field machines and unmanned aerial vehicles (UAVs) such as drones can use on-board cameras and sensors to gather local data on crop health. Then, in conjunction with satellite imagery, these systems will support treatment regimes, efficient irrigation schemes and optimum harvest times. This “next level” of highly efficient farming can only be made possible due to the rich and varied data available from EO sources, which keep a watchful eye over our crops and farms all year round.

In discussing upcoming policies relevant to the EO and agriculture sectors, Mr. Gilliams remarked that the most influential policy, albeit an obvious one, is most certainly the CAP (Common Agricultural Policy). Mr. Gilliams commented “Changes in the CAP will promote Earth Observation data massively, moving towards continuous monitoring, rather than spot checks of our agricultural land”. It is the desire for continuous monitoring of our farming operations that lends itself perfectly to the use of EO data, as frequent and constant data streams which monitor a vast array of parameters can be achieved. Mr. Gilliams also commented that the European Environment Agency (EEA) is pushing for more and more high-resolution EO data for agricultural monitoring and in particular, they will continue to emphasise the need for more detailed scrutiny of the environmental impacts of our agricultural practices. He noted that government agencies, particularly in Europe and the USA will begin to heavily adopt high-resolution temporal and spatial EO data to both help manage their domestic food production strategy as well as drive agricultural policy decision making.

The role that EO will play within agriculture is undoubtedly going to be an intrinsic and ever evolving one. Continuing integration of EO data with smart decision-supporting software and action-taking machines is the next huge technological hurdle to overcome. In terms of agricultural policy, the role EO will play at governmental level is set to become one of the most vital, given its ability to provide law-makers with the most all-encompassing perspective available.